The A-15 was flown for the first time on March 26, 1960 by S.N. Anokhin and became the most refined glider of O.K. Antonov. The A-15 is a single-seat all-metal monoplane with a cantilever wing. When designing the sailplane, a number of design and technological innovations were used: laminar flow control wing, adhesive bonding, welding and chemical milling of duralumin sheets, stretched organic glass, as well as polishing of the entire fuselage surface. Design of the wing provided with extension slotted flaps, drooped ailerons and double-sided spoilers made it possible to carry out turns with minimum radii and at minimum speeds when flying in updrafts. The sailplane had excellent flight performance, high lift-to-drag ratio (L/D = 40) and minimum speed of descent (0.63 m/s), which placed the A-15 to the highest world level. Together with the An-22 Antheus aircraft, the A-15 sailplane was demonstrated at the XXVI-th Paris Air Show in Le Bourget. Fédération Aéronautique Internationale (FAI) awarded the Paul Tissandier Diploma to O.K. Antonov for development of the A-15 sailplane on which 5 world records and 26 national records were set. A total of 60 A-15 sailplanes were serially manufactured at the aircraft manufacturing facility in Arsenyev. 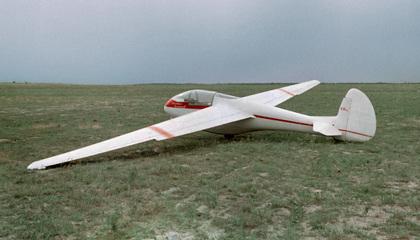 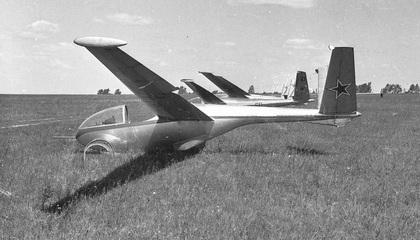