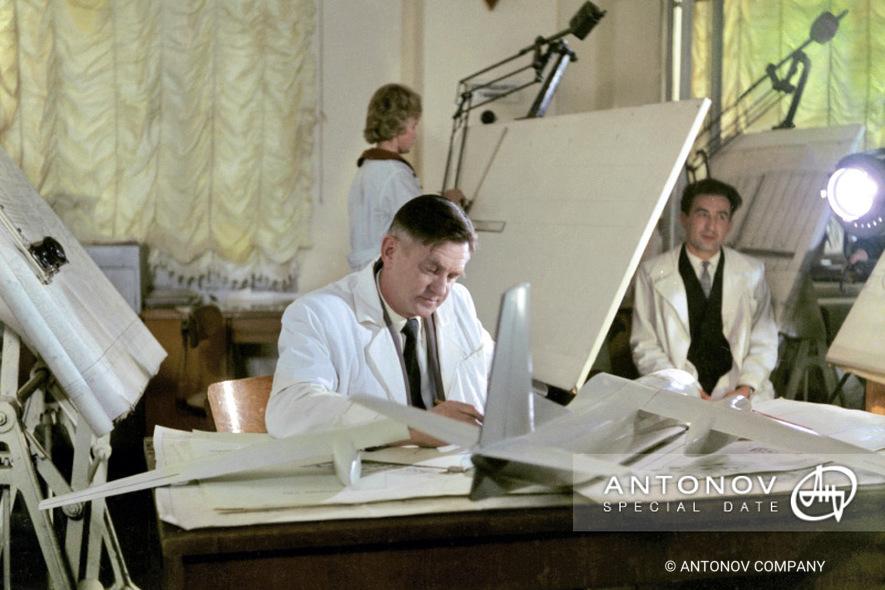 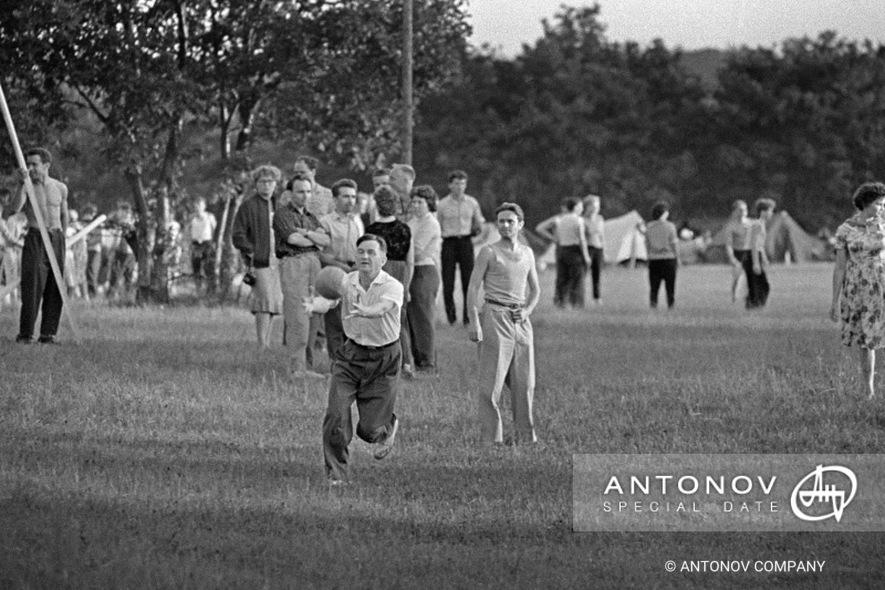 Download photo
Oleg Antonov plays volleyball with inhabitants of Kyiv region during one of the flights to nature on the AN-14 plane. 1959 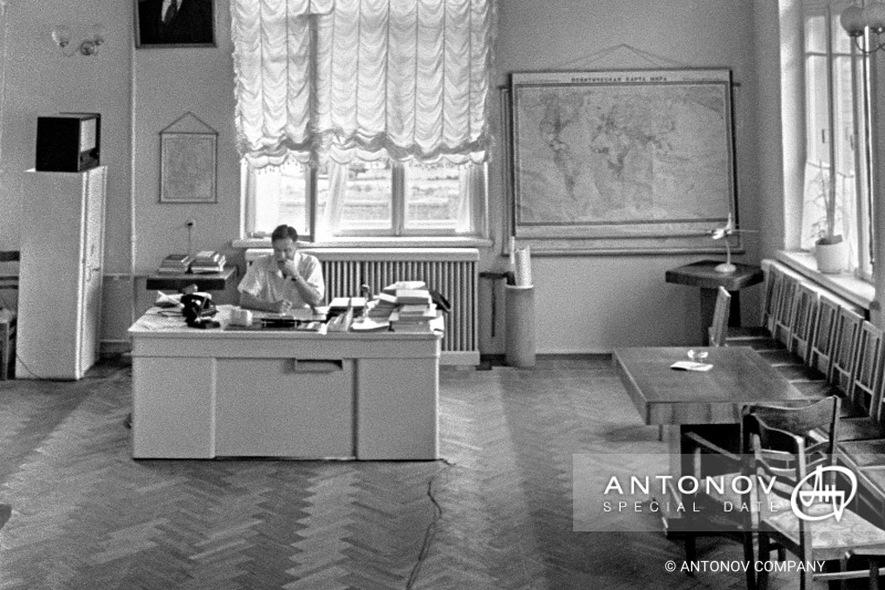 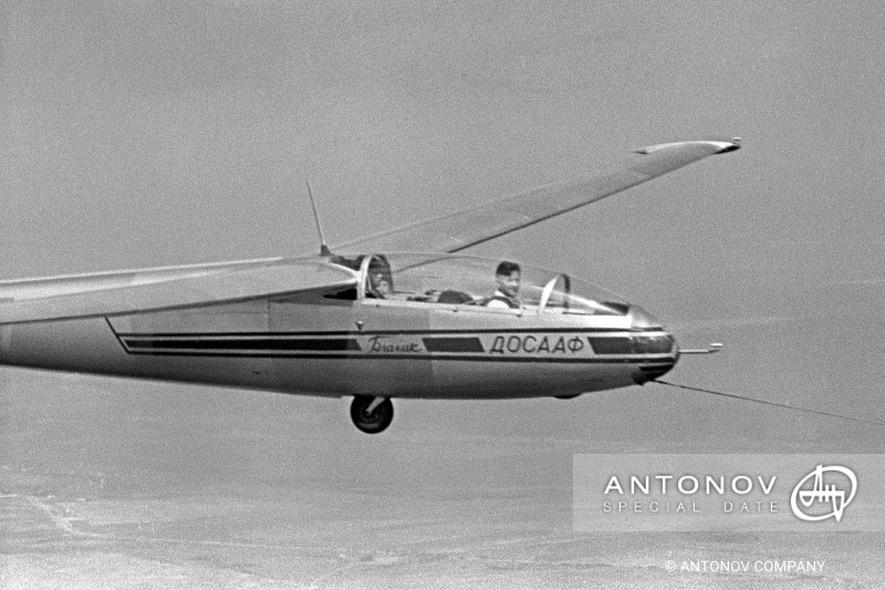 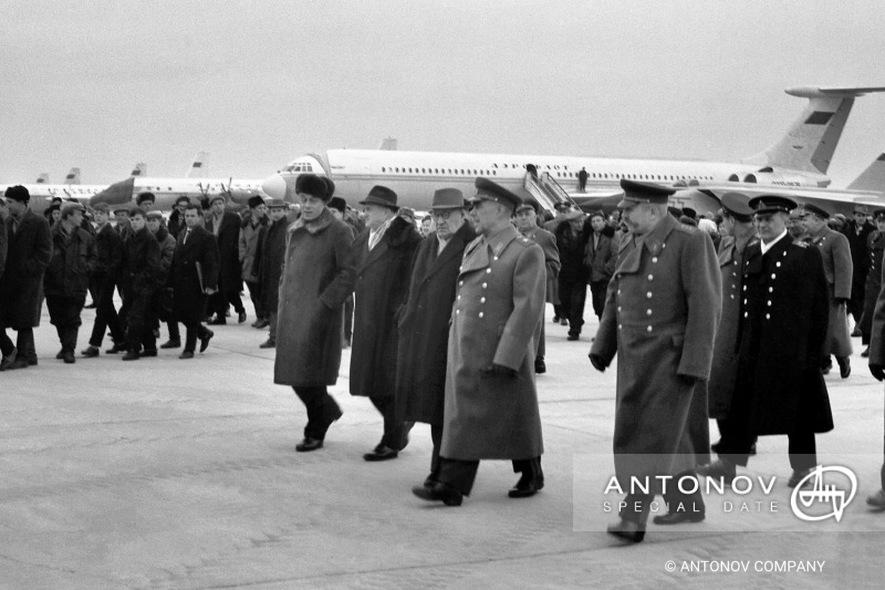 Download photo
During the demonstration of the AN-22 aircraft to military and aviation specialists. On the photo in the center: O. Antonov, A. Tupolev and O. Yakovlev. Zhukovsky town, Ramenskoye airfield, second half of 1960s. 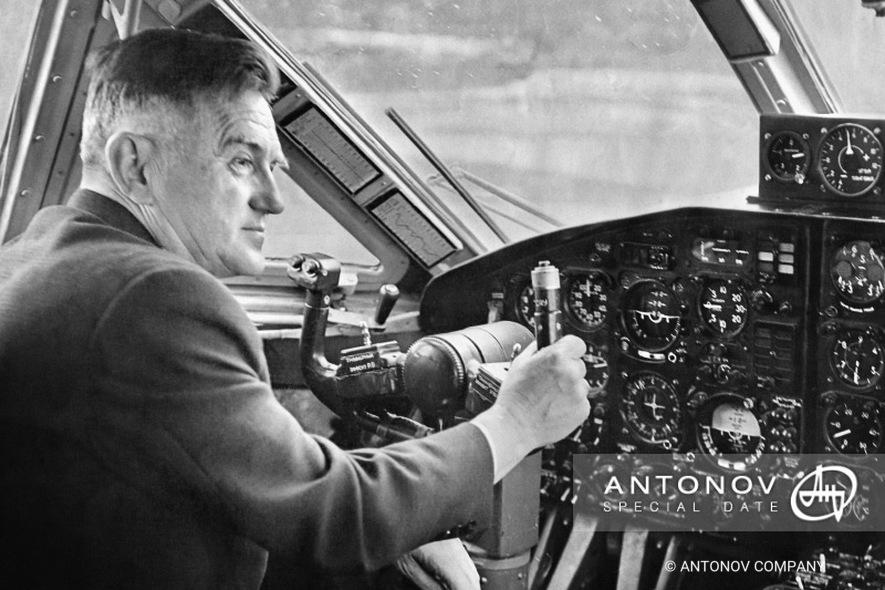 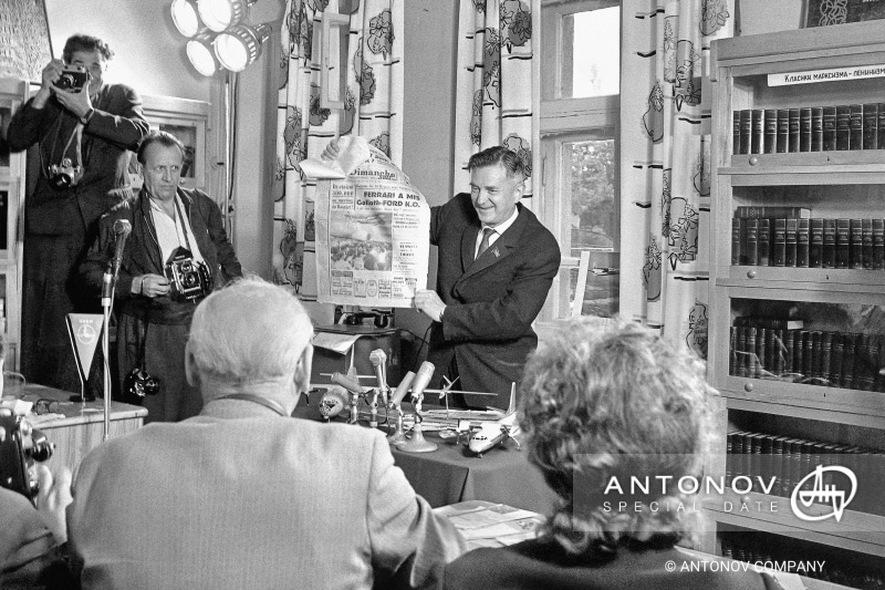 Download photo
Oleg Antonov holds a press conference in his office after the triumph of the AN-22 aircraft at the Paris Air Show. Kyiv, July 7, 1965 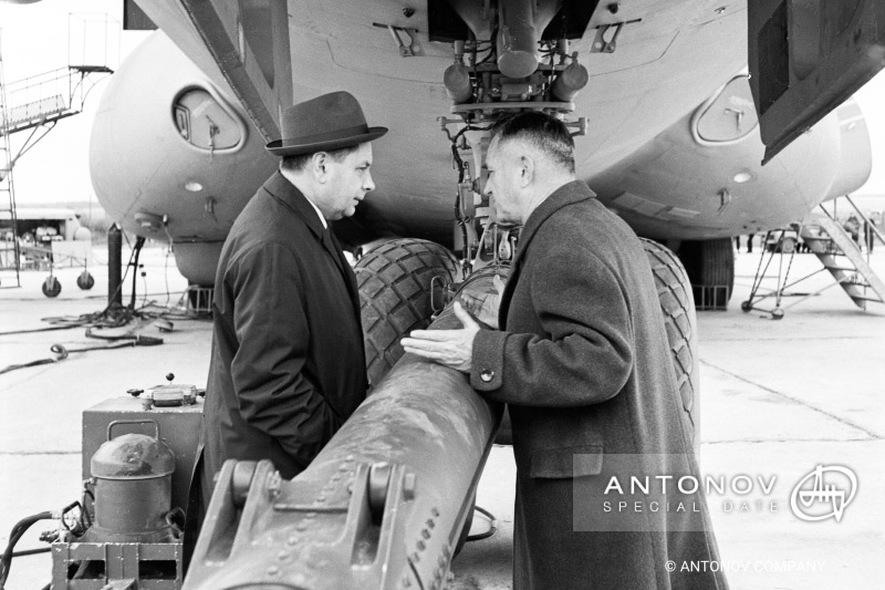 Download photo
Oleg Antonov during the presentation of the AN-22 aircraft to military customers. Kyiv, Sviatoshyno airfield, 1960s 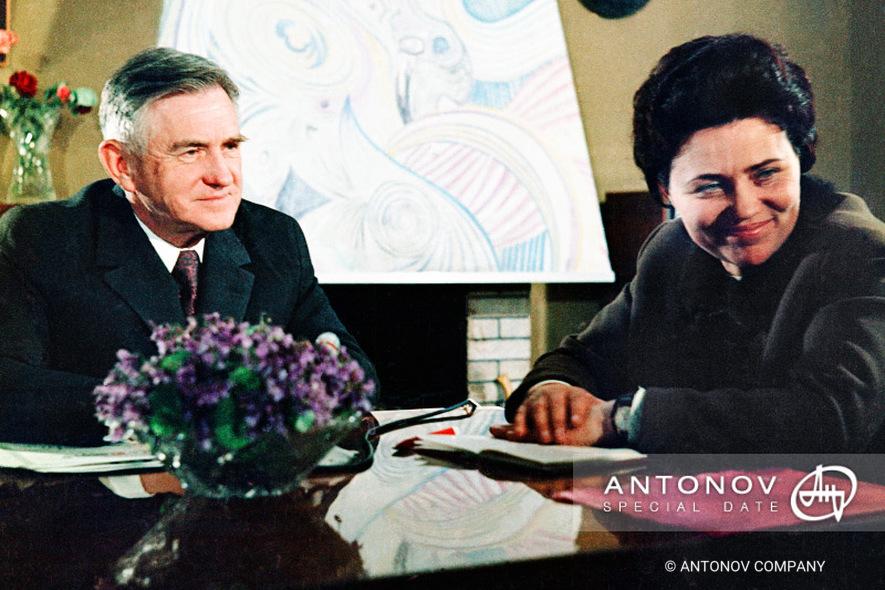 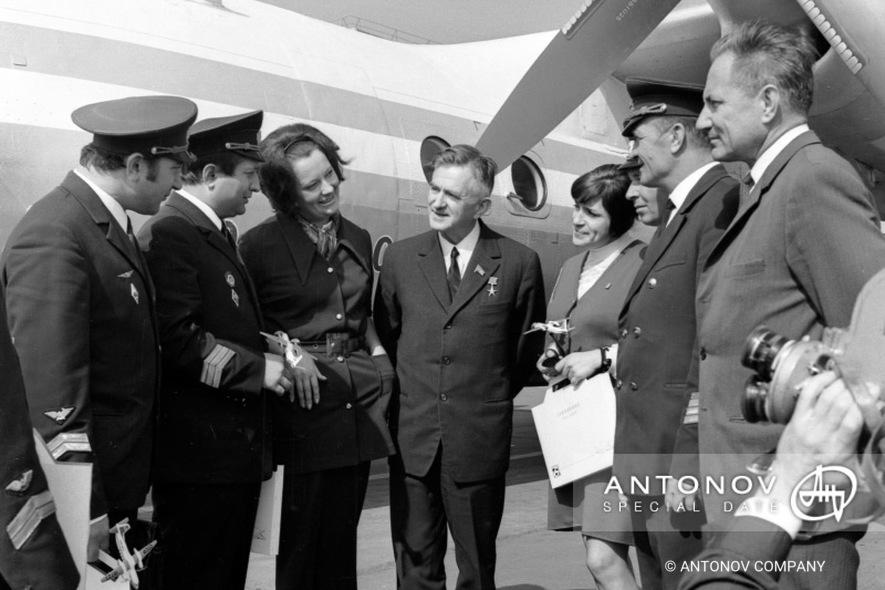 Download photo
Oleg Antonov is seeing off the AN-24 plane to a flight on route from Kyiv to Ivano-Frankivsk. The 100 millionth passenger is on board. Kyiv, Zhulyany Airport, September 16, 1972 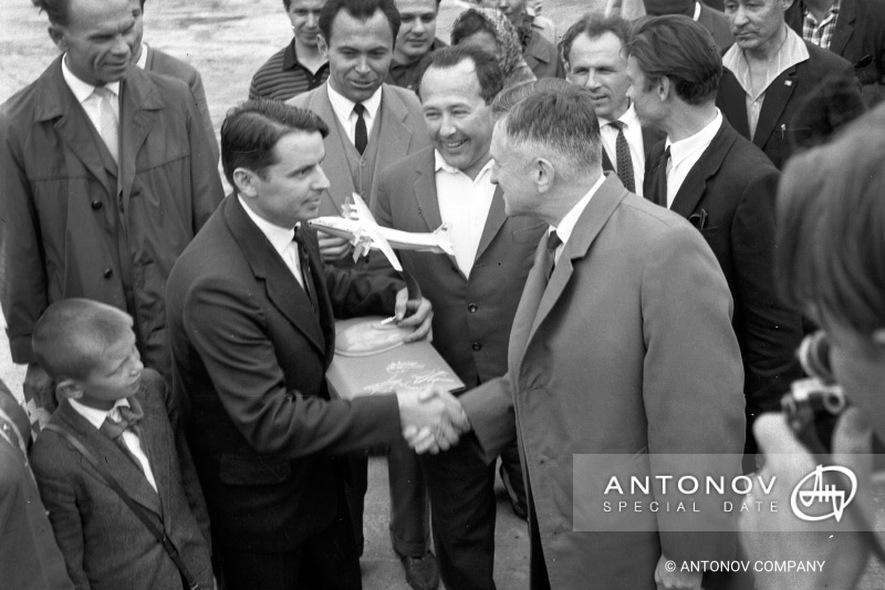 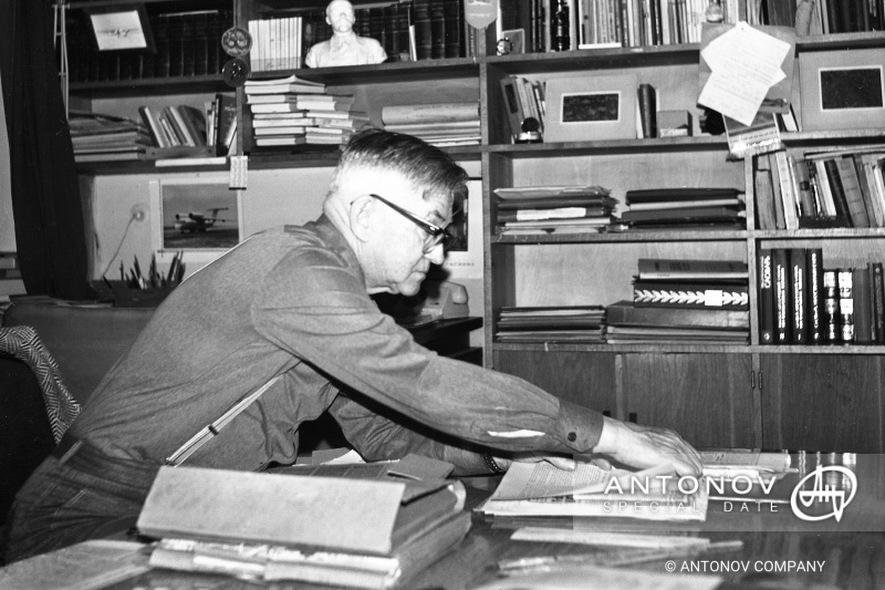 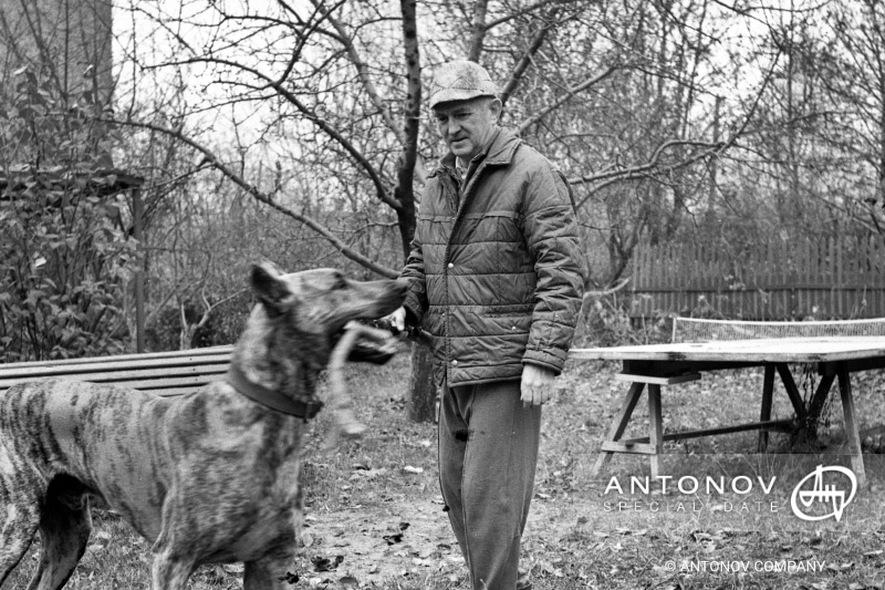 Download photo
Oleg Antonov plays with has dog Great Dane Tamir in the garden of his own cottage. Kyiv, 1970s 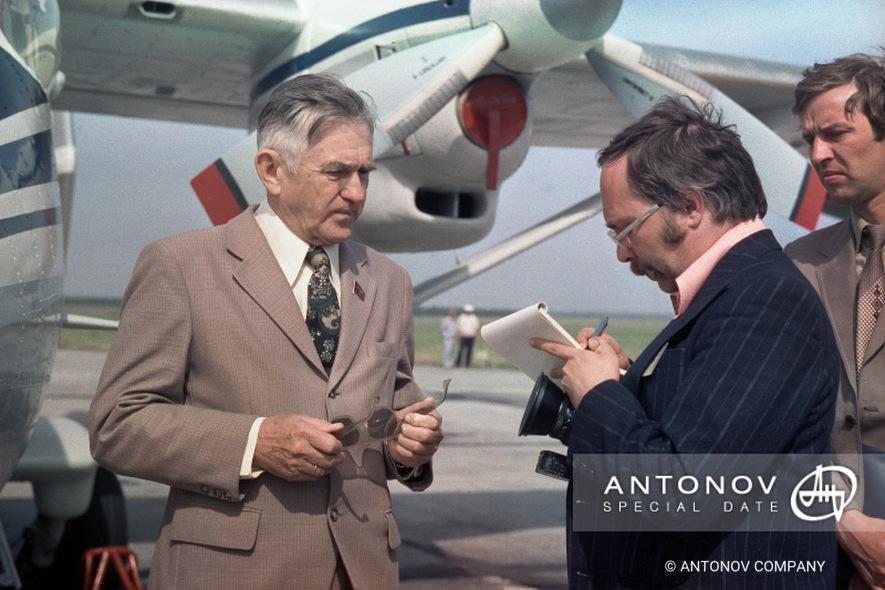 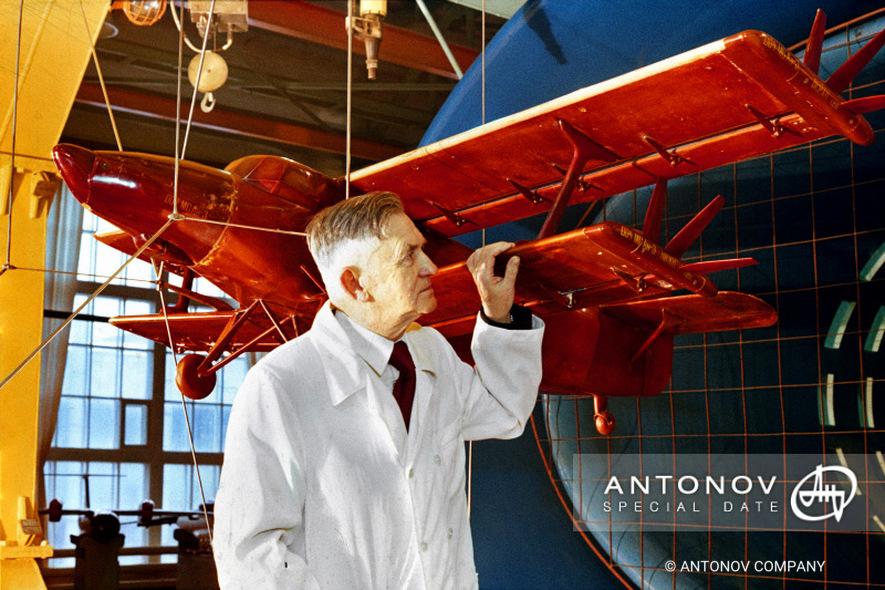 Download photo
Oleg Antonov in the wind tunnel near the AN-3 model. Kyiv, late 1970s

February 7, 2022, is the 116th anniversary of birthday of Oleg Antonov, a great aircraft designer, talented scientist, founder of ANTONOV Company.

His life was devoted to aviation. He designed 22 types of airplanes and 52 types of gliders, including the legendary AN-2, AN-22 and AN-124, made a great contribution into development of dozens of other aircraft, founded original designing school of transport, regional passenger airplanes and special purpose aircraft, formed a team of skilled specialists, established a company named after him.

On April 17, 1999, the portrait of Oleg Antonov was included in the Honorary Gallery of the International Hall of Fame of the Aerospace Museum in San Diego, USA (Hall of Fame, San Diego Air & Space Museum - SDASM).

Oleg Antonov's life is a source of enthusiastic memories, inspiration and constant motion ahead, a worthy example for youth and future generations!