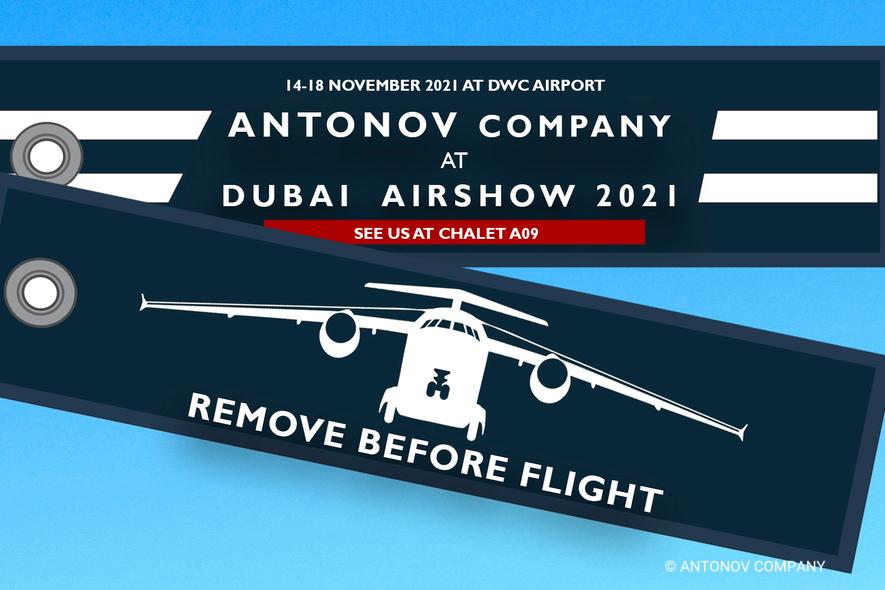 Within a period between the 14th and 18rd of November 2021, ANTONOV Company, included into UkrOboronProm SC, will take part in the international fair Dubai Air Show-2021.

Currently, this event is the most important platform in the world to demonstrate achievements in the aviation industry, meetings and negotiations between manufacturers of civil and military aircraft with potential customers, the conclusion of contracts. It should be emphasized that the main visitors are representatives of the Near East, which are currently the main customers of new civil and military aircraft. Taking into attention that ANTONOV Company has good experience in cooperation with companies and agencies in the region, and the need to identify demand and expand the market for passenger and transport aircraft, participation in the "Dubai Airshow-2021" can be considered as one of the most important marketing activities to promote our company's products in the Near East.

The main emphasis in the exposition of ANTONOV Company is made to the program of the AN-178 transport aircraft. Among advantages of this aircraft for operators in the Near East and Africa - the ability to work in different weather and climatic conditions, in particular, at high temperatures and humidity; based on airfields with different quality of runway surface. AN-178 can be effectively used in logistics support, where it is necessary to transport packaged and palletized cargoes, containers. In addition, this new aircraft with a cargo capacity of 15-18 tons can be a modern replacement for AN-12 and C-160, which are well-known in the region.

During the Dubai Air Show – 2021, a series of meetings and conferences are planned aimed at promoting the AN-178 cargo aircraft and its modifications to the Near East and Africa markets, as well as extension of cooperation with enterprises and companies in the region under another modern ANTONOV programs.