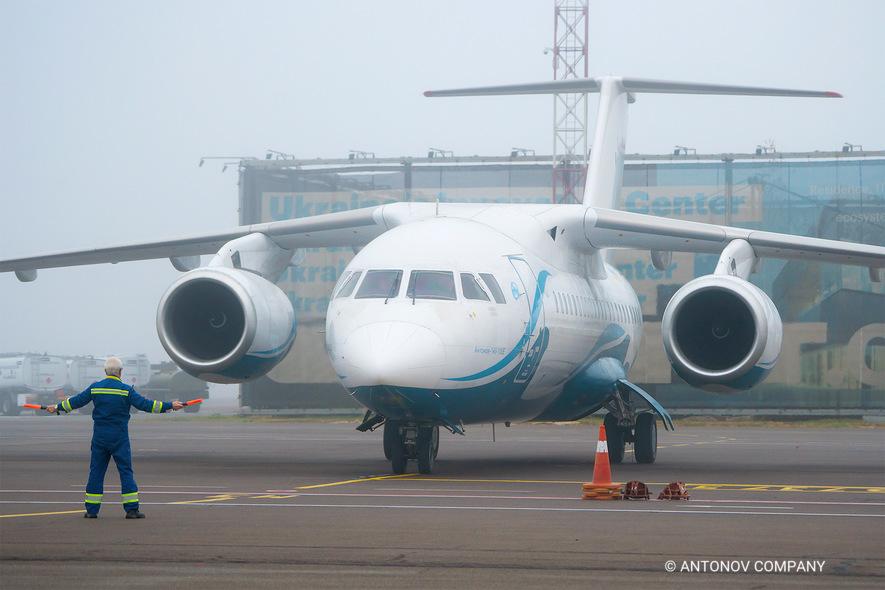 On October 2021, AN-148 regional jet of Ukrainian Air Ocean Airlines performed the first flight on route from Kyiv to Mykolaiv. The passengers appreciated comfort level of the aircraft including comfortable seats and low noise level.

Air Ocean Airlines was established in September 2020. Following the idea of President of Ukraine Volodymyr Zelenskyy this company became the first Ukrainian operator of ANTONOV-designed AN-148s and AN-158s on domestic and international air routes. The airplanes will be used for both charter and regular flights. “We intend to begin from flights with duration of 2 – 2.5 hours. We consider them to be the most economically effective”, said Vyacheslav Geriga, Executive Director of the airlines. Besides, flexibility of the aircraft to the runways quality will provide possibility to connect both well-equipped airports with poor-prepared regional airdromes. AN-148s have proved themselves well in operation. They performed high intensively flights up to 420-440 hours per month.

At present, Air Ocean Airlines’ fleet includes two AN-148s. Until the end of this year, the company has to receive one more such airplane. During the first and second quarters of 2022, it intends to get three AN-148s. As a total, the airlines plan to operate 10 such aircraft. They belong to CYPRUS AIRCRAFT LEASING 2 (CAL) LTD. The airplanes were handed over to the company based on the lease agreement. Cooperation with such foreign companies as CYPRUS AIRCRAFT LEASING 2 (CAL) LTD is one of the factors necessary for development of aircraft industry in Ukraine.

ANTONOV Company supports assumption of the AN-148, AN-158 operation by Ukrainian airlines. Owing to it, the regional flights will be more accessible and the aircraft’s market attractiveness will become higher. Besides, this will provide a new impulse to development of passenger regional airplanes program.

Ukrainian companies will provide full after-sale support of AN-148s. According to Sergiy Bychkov, Director General of ANTONOV Company, “We and our partners are ready to make all the necessary to ensure efficient operation of the AN-148 by Ukrainian operators”.